Today we are excited to announce our new project, Election Runner. Election Runner was built with one goal in mind: to make it easy for anyone to create and launch a cloud based election. When coming up with the idea, we thought to ourselves “Voting in America is broken, so let’s develop a voting system for the 2016 presidential elections!”. Just kidding. While that would be cool (and scary), Election Runner was specifically designed for schools & organizations to run simple elections.

Admittedly, there are a lot of great options out there for create a poll online. The problem is that elections have rules and voters need to be verified before casting a ballot. An online poll can work for getting feedback from a variety of people, but who wants to run a meaningful election that just anyone can vote in? Election Runner allows you to specify who is allowed to vote in your election and assign them a voter key/id that they will use to login and cast their ballot.

Custom the Design of your Election 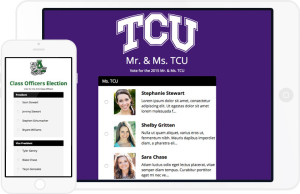 Election Runner is loaded with features, but some of our favorite are…

Why the name “Election Runner”?

It’s easy to say and it sounds cool. Simple as that. You’re going to use Election Runner to run elections. Maybe a one off election for your Football team’s booster club, or maybe multiple student government elections during the school year.

We’re really excited about Election Runner and would love for you to take a look and give it a spin: https://electionrunner.com